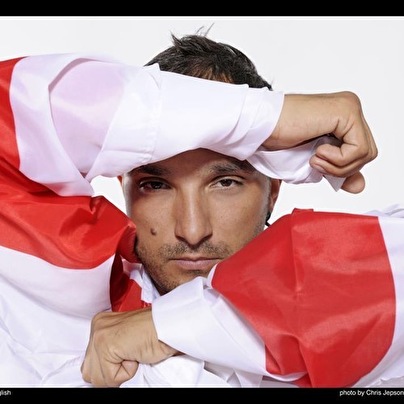 Tony's DJ history stems back to the late 1990's where he was a regular guest at London's most treasured hotspots from Club UK, Legends, Leisure Lounge and many more. In 2001 started a monthly 3-year stint at London's Ministry of Sound. During this time he was snapped up club brand Wildchild, which then saw him, move to venues Heaven and the Coronet Theatre. In 2005 Tony English was snapped up as an exclusive resident one of Ibiza's biggest clubbing brands Azuli and positioned him as main resident at London's most treasured nightclub The Cross. It was here his status began to increase and rocking the 1500 capacity arches along with Deadmau5, Danny Rampling, Joe T Vanelli, Norman Jay, Seamus Haji, Kurd Maverick, ATFC, Full Intention, Alan Braxe, Dirty South, The Cube Guys, Tom Novy, Laidback Luke and so many more!!! Tony played the last ever set of 7 hours at the Cross when it closed its doors for trading on NYE 2007. On the basis of this experience, Tony was approached to mix an exclusive CD compilation for Nissan which was licensed and released across Europe at the close of 2007.

From then he was picked up by one of London's most respected and famous club brands that allowed Boy George to cut his teeth DJ'ing, Pushca. A club brand of over 20 successful years and playing Tony English parties up to 1500 capacity spaces across London, Ibiza, Malta, Scotland, N Ireland and many more. During this time he was signed up to Lovechild that was residing at Pacha, which later moved to Fire. Tony's been at the forefront of Lovechild's main room since it kicked off which now sees him flying across to Belgium, Amsterdam, Italy, Turkey, France, to South Africa and many to be announced flying the flag for Lovechild's world tour!!! Also during 2008, Tony signed up to the Logan Presents team who run the London version of Spanish super brand SuperMartXe. Rocking packed dance floors of up to 5000 attendees held at London's Brixton Academy & The Coronet Theatre. Due to popularity of this party, Tony hosts the official monthly Podcast for Logan Presents which is gaining over 20,000 downloads of each one…