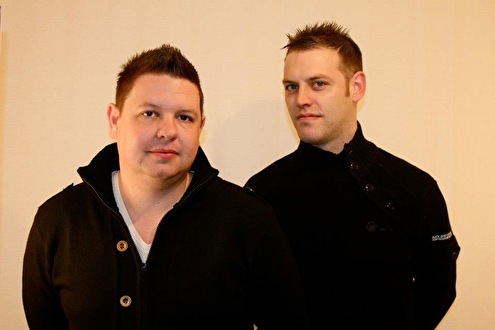 The Leicester based duo made up of Steve Allen and Scott Envy simply met at a summer BBQ through mutual friends, got talking and then instantly hit it off in the studio and on DJing together at some local gigs. They shared the same musical tastes and vision so Allen & Envy were born, and ready to show what they could do. Bursting onto the scene in winter 2012, their first production, a rework of the trance classic "Cygnus X – The Orange Theme" was supported by Armin van Buuren on his A State of Trance radio show, and later played at ASOT 600 Sao Paulo as well as Global Gathering 2013 UK and Ukraine by Jorn van Deynhoven.

Fastforward a year and the the pair have released over 20 singles and a multitude of remixes on some of the world's most supported labels including Pharmacy, Black Hole, Adrian Raz Recordings, Fraction Records and many up and coming labels. Smashing their way into the hearts and minds of an adoring global trance fan base as one of the most prolific and reliable trance production outfits on the todays scene has been their first mission which they passed with flying colours. This has been hugely helped by regular Armin van Buuren support in his live sets and on ASOT, even getting 4 ASOT plays in a row and Armin's tune of the week with their remix of Dart Rayne & Yura Moonlight and Sarah Lynn – Silhouette, which has been Allen & Envy's biggest production yet. Their Silhouette remix turned into a summer trance anthem, being played by Everyone in Ibiza to Asia, Argentina to England. Talla 2XLC selected it for his cd on the famous Technoclub compilation and Armin put it on his Universal Religion 7 comp.
Also doing maximum damage was the duos rework of K90 – Red Snapper, it was supported by the elite names and hit the top spot in the trance charts on Track It Down. Egyptian trance masters Aly & Fila have also been a huge supporter from the start of Allen & Envy's breakthrough with many FSOE plays and other huge heavyweight names like Sean Tyas, John OCallagahn, John Askew, Menno de Jong have been showing the love alongside a huge list of newer names making waves on the scene. Now frequently appearing in the Beatport top 100 they have the sights set on the top 10 and its not a matter of if but when they hit the top spot.
Together Recordings – As Allen & Envy gathered momentum they were in contact with countless amazing new producers from all over the world and this, plus the fact they wanted to be in control of their own release schedule, brought about the idea to launch their very own label TOGETHER Recordings in September 2013. From the word go the first release picked up promo support from John OCallagahan, Aly & Fila, Sniejder and it shows no signs of slowing down.

Together As One Podcast - Starting of as a 1 hour slot on Discover Trance Radio but growing in listeners at a rapid rate, the guys a expanded the show into 2 hours every week. "Together As One" is available from free download on Soundcloud every Thursday at 9pm GMT and will soon have a top digital station broadcasting it worldwide.

In a short space of time, Allen & Envy music has ignited dance floors all over the world! With their passion for playing, producing and promoting true trance music and with the skills to match anyone out there, this champion duo of UK trance are not be missed as they cement their place as members of the international DJ club.

﻿Super where you tonight unbelieveble GOOD !!!