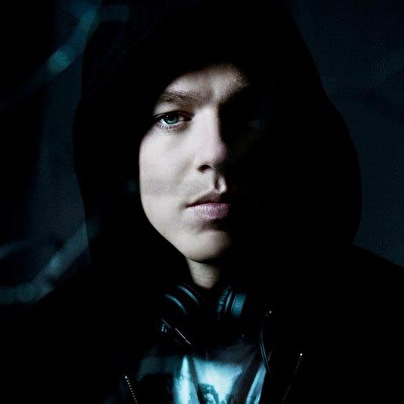 It was in 2003, after attending his first few techno events, Chris' enthusiasm and developing passion for dance music, influenced him to buy a set of turntables. Dedicated, Chris taught himself to mix and it wasn't too long until he had his first residency at his local Hardstyle club 'Reactive', in 2004. Playing at Reactive, allowed Chris to broaden his networks by meeting new promoters and other dj's throughout Geelong and Melbourne. His passion and natural talent were evident, even back in his early years. Chris regularly ran his own events and further ignited his love for hard dance music and its industry. Soon enough, Chris was playing two regular rotations in Melbourne, at club nights 3D and PHD, as well as countless guest sets at other events. It was during this time that Chris was able to support some of the world's greatest hard dance dj's and producers.

It wasn't until around 2006 that Chris began learning to produce his own music. Drawing from early influences such as Scot Project, Kamui and ASYS and from his love of techno and break beat, Chris' sound was steadily taking shape. With continued support from both fans and his musical peers, it felt only natural that from here he would start his own record label. Tranztek Recordings was born, owned and operated by Chris. Spending countless hours in the studio since then has lead to the evolution of Chris Dynasty, the producer. With early breaking successes such as "Don't waste the Bass" and "Subwayz" in 2011 and his remix of "Each Day" by Hardforze and Matrix in 2012; Chris paved his own path with his unique sound described as "powerful, dark and thunderous grooves made for late night dance floor destruction."

Presently, Chris continues to push his music career to new heights. He is receiving constant support from leading producers and djs, his tracks are topping download charts and more importantly, his music is bringing excitement to dance floors all around the globe. Chris shows no sign of slowing down, with many new releases and collaborations planned for the coming months. With all this in mind, and a growing fan base, the future looks bright for Chris.