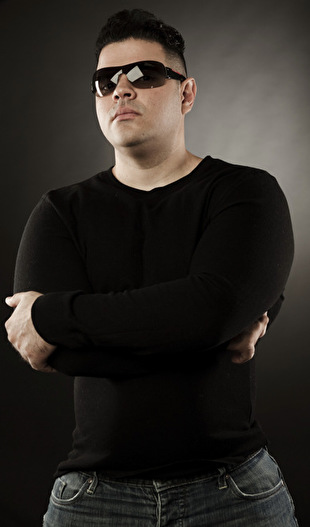 Frank Lamboy is no stranger to the electronic music scene. As a musician, his talent for music was apparent when he started to play the piano at the age of 4. His early training as a classical pianist later developed into a love for electronic music because of the highly influential NY club scene. This interest led him to pick up his first set of turntables. At the time, he was only 11 years of age.

All the while developing his skills as a DJ, he was able to show off his talent at some of the local New York clubs where it led to guest spots at The Tunnel, 1018 and The Underground and later recognized by the Philadelphia Club scene in popular night clubs such as Club Egypt, Shampoo and Zadar's.

By age 21, his DJ exploits had already led him to record production. His early works were signed by House labels like Strictly Rhythm, Nervous Records, Progressive High and DigIt International. One of his bootleg remixes, "How To Be A Millionaire" by ABC, caught the attention of BBC Radio One 1 DJ, Judge Jules, which got signed to DMC. This kind of attention guided his future towards Europe.

As a DJ, Frank Lamboy has toured the US with ATB and Spacekid and in Miami with George Acosta. His energetic live sets never lose a beat and his ability to blend different styles of music always keep his audience dancing and begging for more. When you hear him play, you can expect a mainstream sound that works for the masses but never neglecting the underground sound. His production and songwriting credits include hits like "Come Rain, Come Shine" by Jennifer Cuneta (Ultra Records) which was top 10 in several countries, "Hold On Tonight" Frank Lamboy with Danielle Simeone (7 Stars Music-Holland), "Keep On Moving" Sandy B with Friscia and Lamboy on (Stoney Boy Music-Stonebridge), "I Need Ya" Mike Ivy, Friscia & Lamboy (Toolroom and 303 Lovers/Hotfingers) and "Walking In The Name" Terry Maxx Vs. Funkstar Deluxe (Edel Germany).

His remix credits are a whose who of industry pop artists such as Britney Spears, Gloria Estefan, Shakira, B2K, Rob Thomas, Cher, Nelly Furtado, Justin Timberlake, Selena Gomez and many more. His talent as a producer and songwriter has also been trusted by more than the fair share of top notch artists such as Joi Cardwell, Michelle Weeks, Inaya Day, Crystal Waters, Sandy B, Jennifer Cuneta, Terry Maxx to name a few.

From winning piano competitions to having records nominated for grammies, you can expect more to come from this gifted personality. With multiple releases out this year already, chances are that you've heard his music either on the radio or in the clubs worldwide. As one of the current resident DJ's at Splash in NYC, you can bet his talent is trusted to move the crowd. Frank Lamboy is a resonating talent with staying power in the music scene worldwide, and he will continue to influence future generations.