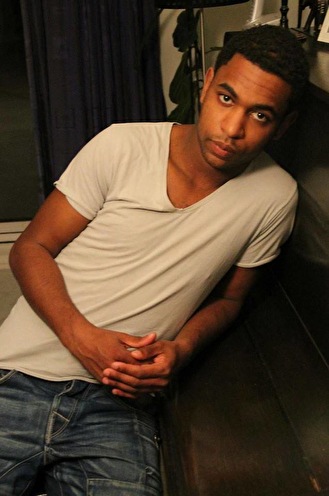 From that day on he was hooked on drumming. His parents hoped this would stop him from tapping everywhere he could, like tables, chairs, or anything nearby, little did they know they'd given Romeo his tools for life. Taking drum lessons he soon found that he had his own sound and rhythm which was gifted as part of his Brazilian makeup. He built up a basic rhythmic knowledge and made music as a hobby with many friends and bands. Soon he couldn't leave his drums and went to theatre school where he started his own band that played every pause in a nice rehearsal room. Soon he met Julio Pimentel (percussionist) who was also a fellow Brazilian. He taught him to play and soon they went to all kinds of clubs. When he got the chance to perform in Club Saint Tropez Rotterdam he seized the moment and soon found an interested audience that kept coming to his concerts. A deejay together with a drummer/percussionist appeared to be an unusual but amazingly good combination. The most common feedback is that this combination gives a totally new dimension to the dance scene. Soon after Saint Tropez he was offered to perform in Cinema Rotterdam, where he still plays every week on Wallen Woensdag, and on regular Cinema nights where on most nights he can be found on the drums there. Romeo is also booked at the VIProom Rotterdam, Café Plein, Club Vie, and the hip Bloemendaal aan zee (Beachclub Vroeger) club. Romeo is a man who made his passion his hobby, and this hobby his job, which is enough for him to be filled with joy every time he bangs out infectious rhythms spreading his happiness of beats.