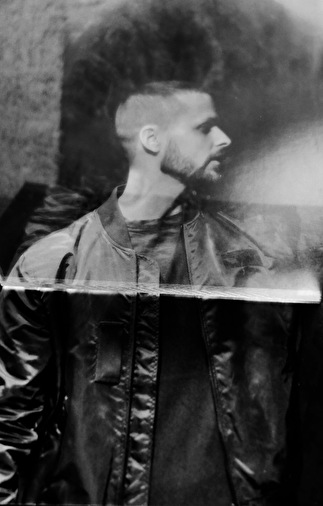 Berlin has no shortage of producers, DJs, and party promoters, but few match the quality, consistency, and enviable range of Henning Baer. As founder and resident of the esteemed Grounded Theory party and booking agency, Baer has been at the forefront of presenting innovative electronic music in Berlin while boasting vivid DJing and production skills that have made him an in-demand artist in his own right. Recently celebrating Grounded Theory's 25th party, Baer has a reputation as a thoughtful curator that is reflected in in the thunderous techno he's released on his own K209 imprint, as well as on Adam X's Sonic Groove and Psyk's Non Series.

K209 was set up in 2011 in collaboration with Milton Bradley, with the first releases receiving rave reviews on Resident Advisor and leading to Baer being named one of Tea And Techno's "Ones To Watch for 2012." Baer's techno is raw, dirty, and uncompromising, with an immersive energy that has made him one of Berlin's most sought-after DJs. In addition to his own Grounded Theory parties, Baer makes frequent appearances at Tresor, Arenaclub, and Stattbad, as well as becoming a recent favorite at the renowned Berghain, where his sets explode with ballistic energy well into Monday morning.

Baer is moving onward and upward in 2014, with high-profile records such as his just-released Seltene Erden on Sonic Groove and more coming on K209 to add to an already significant discography. K209 releases continue to fly off the shelves at Hard Wax, with key selectors recognizing their quality and effectiveness as dancefloor weapons. As a DJ, producer, and promoter, Henning Baer is sure to be shaping the face of techno for years to come.