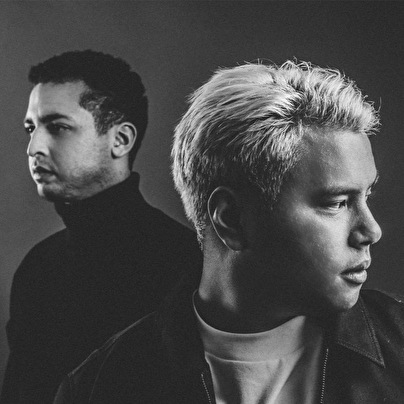 Teaming up a couple of years ago, it was definitely a match made in Rotterdam heaven. And immediately it was clear Bougenvilla wasn't planning to pigeonhole itself when it comes to producing music. Both Shefida and Jeremy have a background in several genres, finding common ground in the bass heavy house tunes they make today. The result, a duo that's focused on the groove, while not afraid of raising a little hell once in a while.

Armed with a very distinctive trademark sound, their productions don't go unnoticed, releasing music on imprints like Spinnin' Deep and the Tiësto run label Musical Freedom (where the duo unleashes the Marc MacRowland collab 'Voodooz' in February 2015). Meanwhile their hot blooded performances behind the decks do the rest of the job, Bougenvilla simply is the go-to act when it comes to exciting new sounds.

After becoming a known name in Holland, playing gigs at renowned events and venues like Mysterious, Madness, Club Escape and Rotterdam stadium De Kuip, now Bougenvilla is shaping up to conquer the rest of the world. Signing to well-respected booking agency 010 Bookings and artists management MusicAllStars in January 2015 rises the buzz around their name even more.

So, not afraid to raise hell, a trademark sound that's going places and high energy behind the decks -the book of Bougenvilla is about to tell an exciting story. And, with 'Voodooz' gaining widespread support, it looks like the guys are about to set sail on new international adventures. So yeah, only a matter of time before Bougenvilla hits a dance floor near you.