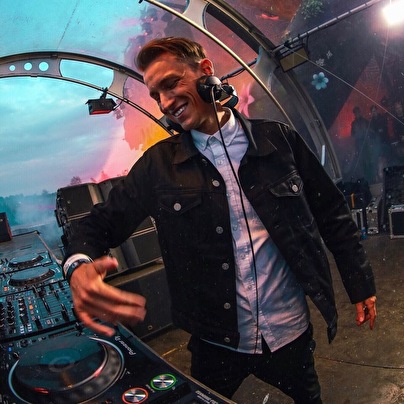 Despite being a late riser as far as Europe's Electronic music legacy is concerned, the emotive resonance of Blanco's songs are already making positive marks on the modern industry and its key players. From fateful Flamingo Recordings debut 'Galactica' to the lucid Tïesto-endorsed follow-up 'Universal Love', Fedde Le Grand's eye for fresh-faced talent drove an instantaneous surge of positive energy into the young producers club-credibility.

Alongside a watchful eye for crafty mainstream crossovers, Blanco's impending legacy has proven to be one based on tactful genre intervention. Topping the DMC Miami Buzz Chart with his electrified and hailed upon remix of Adele's 'Rolling In The Deep' and adding a persuasive remodel of the Florence And The Machine's 'What The Water Gave Me' to his studio credentials, Blanco's work brags a level of avid consistency few have successfully mustered amid the age of liberal sampling.

Blessed with an igniting and charismatic stage aura, Romeo Blanco has appeared six times on the mainstage of Tomorrowland including its sibling festivals Tomorrowworld and Tomorrowland Brasil, engulfing more than 60.000 avid partygoers into his beloved world of genuine love for music. Floating from the fairytale-like world of Tomorrowland, Romeo has subsequently conquered several other infamous venues, including the world's #1 club 'Green Valley' in Brazil, the widely praised Illuzion club in Thailand and the lustful W Hotel in Barcelona, Spain to name a few. Blanco also made several other noteworthy appearances throughout the rest of world while vigorously touring through Asia, Europe and South-America, spreading his heartwarming and bonding-like message to 'Turn Up The Love'.

Where the name 'Romeo' beckoned images of abstract adoration throughout history, the life and times of Romeo Blanco culminate from a genuine love of his craft and the dynamic verve to make an audible mark on Electronic Dance Music. As approved by industry legendary figures, Blanco was privileged with the commissioning of an official remix for none other than Beyoncé's hit single 'Blow', accompanied and laureled by Pharrell Williams' pristine ear for quality. Fresh from Beyoncé's felicitating positivism, Romeo was again granted the elected position of collaborating with some of the world's leading queens of Pop Music, joining Ariana Grande's latest European tour as her invigorating support act.

But the pace is not about to halt for the rising young Belgian, high on the heels of his latest number 1 hit record, other high-level releases & high-class remixes are up and coming. The nearby future beckons further international pursuits from the diplomatic trailblazer of his country's unassuming Electronic Music scene.