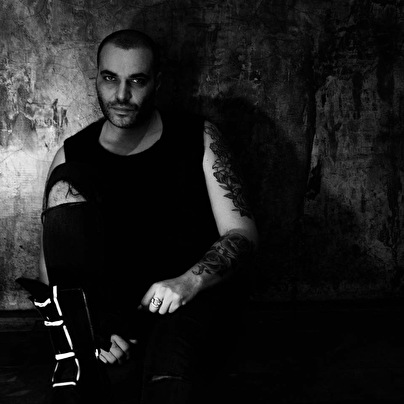 After moving to Italy, he quickly established himself among the biggest names in the game thanks to his mixing skills, his unique style and drive, and to his hypnotic dance vibes that led him to widespread acclaim in the country's nightclub circuit and to play at some of the most renowned venues such as Echoes, Cocoricò and Red Zone.
Beside actively working as a dj and enjoying ongoing success and recognition, Idriss manages some of the most respected record labels in Italy: the world-famous Memento, along with best friend and musical soul brother Fabrizio Maurizi, the experimental Aloe and Db Artists Musique.

He is currently resident at Cocoricò Riccione and Amnesia Milano, which rank as some of the most popular clubs on the European scene. His impressive tour schedule has brought him to dj at Berlin's historical Tresor, Barcelona's Club 4, super-famous Space Ibiza and Pacha as part of the Cadenza Vagabundos concept(summer 2012). A string of gigs in some of the cutting edge underground clubs like Mad lausanne and Nordstern Basel followed shortly.

Idriss D also rose to stardom as an artist manager by founding db Artists with the main goal of booking international djs and breakng into Italys' nightlife and party culture. Backing up new and upcoming producers and providing them with large-scale tours and studio help on the studio side also is a major strength of the organization.