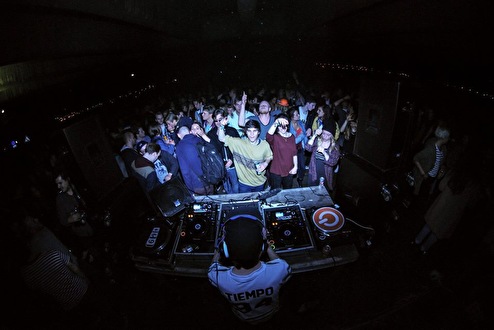 Under his pseudonym Chaiba, Sebastian Looijenga has been vigorously working on a foundation, laying a groundwork for what can only be a very promising and flourishing career in music. At only a young age of 22, Looijenga is an integral player in a new generation of House music DJ's who play house in the most extensive form of the word. However, with his keen eye for detail, very outspoken opinion regarding music and a combination of technical abilities and heaps of talent, it is not a surprise that Chaiba is the pick of the litter. Not alarmed at making an occasional venture into the world of Garage or Classics, this young master operates throughout the thrilling nightlife of the Rotterdam streets, but can also be found showcasing his talents across the country.

Regardless of his still emerging DJ career, Chaiba has already managed to obtain several noteworthy notches under his belt that most of his contemporaries can only covet. He has made appearances at DGTL Festival, Mysteryland, the Solar Festival, Red Bull Studios Connect and Audio Culture to name a few. Never one to be easily satisfied, Chaiba continues to meticulously look for new ways to improve and excel his already magnificent performances. It is therefore no surprise that he has big plans for the future, so keep an eye out for this rising star.