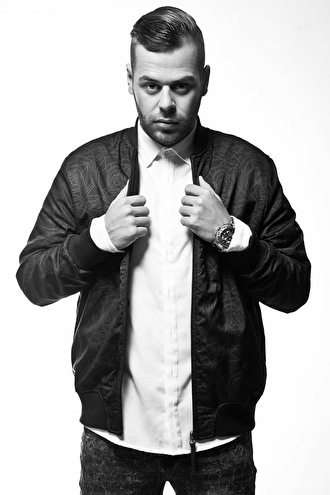 Donagrandi has a sincere desire to rise above himself with deep, melodic and uplifting sounds. He is set for the audience to experience something special and long-lasting. Doangrandi mixes various styles to create his own 'signature sound' which gained him the ability to control the dance floor and energize the crowd that is on it. Whether you go for Deephouse, Techhouse, House, Techno or even a dash of G-house and Nu-Disco, Donagrandi will bring the crowd to a higher state of mind.

Donagrandi is everything but a house purist and satisfies both body and soul without too many commercialistic influences. He played in almost every club in Amsterdam like AIR, Chicago Social club and Paradiso, and some major festivals like Loveland and Dance Valley. Although he does not want to represent the sound of a club anymore, he proves himself to be one of the most charismatic figures in the scene.

As for his Discography, Donagrandi's first official release 'When The Music Starts', made in collaboration with Quinten 909, came out in November 2014 on the record label LouLou Records of Kolombo. After that he released various tracks on East Project Records. But he's not one to stay hidden away in the studio producing music. He's at his best creating deep captivating sounds or high energy outbursts in clubs and at festivals.

Now on the rise as an artist who wants to show the world what he stands for, with his musical philosophy that artists should not be pigeonholed, he is one to keep an eye on.