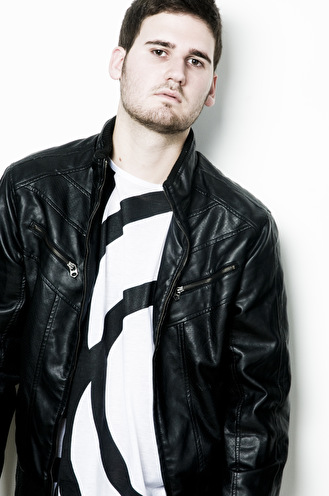 After a stellar 2009, in which he featured regularly in countless DJ charts and vinyl stores 'Top Sellers' list with his productions he also became the main resident for the world renowned Barraca Club (Valencia, Spain) whilst at the same time playing the best clubs around Europe. Edu is currently enjoying an even bigger 2010. Already winner of 'Best Producer' and 'Best Track' from the influential Spanish national dance music awards Edu has taken this year by storm, starting off early with tours of the USA, Brazil, South America, Asia, a residency for Space Ibiza at Kehakuma and various dates at Privilege Ibiza during the summer.

Edu is the owner of Eklektisch, his own record label which reached with its second release "Tarantula" the number one in the TOP 100 Beatport and stayed there for six whole weeks whilst currently being the most sold track in 2010. Probably 2010 summer track. As an artist himself he has released on labels Get Physical, Diynamic, Liebe*Detail, Trapez, Noir Music, Bla Bla, Barraca Music, Cr2 and Great Stuff. Edu has also recently remixed The XX track "Crystalised", due for release in late 2010 XL recordings. With production work to come for more high profile labels, Edu Imbernon is destined to make himself a household name and star of electronic music.

At just 20 years of age the native Valenciano from Spain has torn up dancefloors all over the planet with his hit "­El Baile Alemán"­ produced alongside fellow partner Iván Ramos (Coyu), released under German label Liebe*­Detail and heavily supported by artists like Ricardo Villalobos, Marco Carola, Sebastien Leger, Agoria and many more.­ He also has the claim to rights of being one of the youngest artists ever to reach the TOP 1 on Beatport, at the same time ranking among the Top 1 on Decks.­de with his release "­Mayenco"­ and also as being in Resident Advisor's Top 100 most charted tracks.­

These achievements have been made possible due to the sheer hard work ethic and desire since he started DJing at the age of 16, but credit also to his Sound studies when he was 18 and an even more important appreciation to his father for education in piano.­

In 2008 he decided to make the move to the capital of Techno music, Berlin, in a move that completely changed his view on electronic music and will influence his future promising productions.­

Edu is the owner of Eklektisch, his own record label which is regularly supported by artists like Gregor Tresher, Danny Tenaglia and Gabriel Ananda and has released himself as an artist on labels like Great Stuff, Diynamic, Noir Music, Cr2 records....­ Future releases will see Edu on Rebirth, Get Digital, Trapez LTD, International Freakshow, La Factoria and Hey Records between others with production work that is destined to make him household name.­