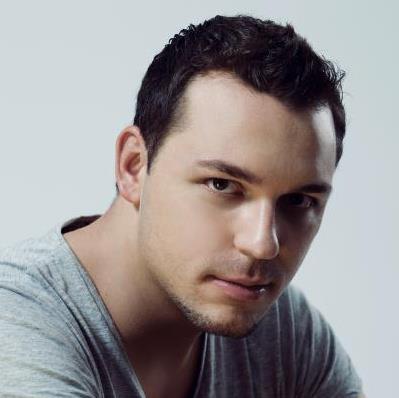 In 2007, Dennis established his name in the electronic music scene with 'A Tribute to Life', which received support by the best DJs such as Tiësto, Ferry Corsten, Armin van Buuren, Paul van Dyk and Markus Schulz. This leap towards the forefront of the music scene was followed by his signing to the renowned record label Euphonic Records. Euphonic founders Kyau & Albert called him "Germany's most promising newcomer in Progressive Trance", which he proved with several hits in 2009.

'Black Sun' became one of Dennis Sheperd's most successful single releases. This was followed by 'tyDi & Dennis Sheperd feat. Marcie – Somehow' on Armada Music, his first cooperation with Australia's most popular Trance DJ. Finally, only one month later, Dennis Sheperd and Cold Blue completed the hat-trick with 'Freefalling' on High Contrast. With these three releases, Dennis has built a large fan base and was regularly played in clubs and radios all around the globe.

His musical success was rewarded with numerous, international DJ performances on events, festivals and in clubs and with the award "The Best New Artist 2010" of his hometown Essen.

This award encouraged Dennis to push forward his artistic work. The production of his debut album was the next big step in his career. During 2010, he collaborated with well-known singers and songwriters. The result is an excellent album called "A Tribute To Life", which will be released on High Contrast, and whose first single "Fallen Angel" (feat. Ana Criado) became a hit in the Trance music scene with wide support and a Beatport Trance Chart Number One! This Album will cause a sensation among his fans and the electronic music scene in 2011 and 2012.

Before this will happen, Dennis has more aces up his sleeve, which will shorten the time to wait for the album. Among other things, Dennis made a mix for the upcoming remix album of Gareth Emery, who has already entitled Dennis in 2008 as "hot name to watch for the future" and for Above & Beyond's success single release "Sun & Moon". More Dennis Sheperd Remixes will contribute to new releases of Armin van Buuren, Tiesto pres. Allure, Kyau & Albert, tyDi, and Solarstone. Additionally, Dennis performed on the legendary Mayday in Dortmund in front of 8000 fans, where he proved his skills as DJ once more.

Dennis Sheperd presents himself as talented and outstanding artist, who fills his fans with enthusiasm and gets the support of the biggest DJs and numerous media channels of electronic music for each of his releases. 2011 will lift Dennis' development as an artist to a new higher lever, not least because of his debut album.

Edge of the world <3