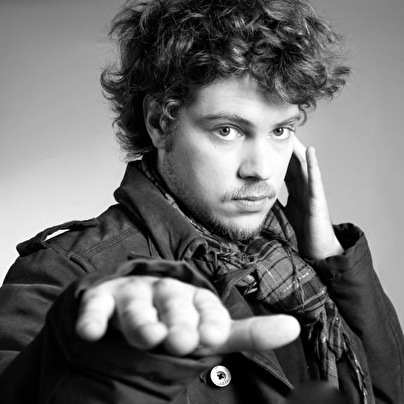 Felipe studied classical music and theory at university in Santiago, but his true musical education took place outside the classroom, in clubs where the likes of Luciano, Dandy Jack, DJ Adrian and Ricardo Villalobos were creating a new culture of sound. Felipe spent his weeks studying Beethoven and Stravinsky, but at the weekends he escaped to the underground electronic music scene, soaking up the spirit of techno, house and acid. Before that, he learned the essential relationship between music and movement from his dancer father, who taught him the timeless rhythms of salsa and rumba.

The result of Felipe's life-long immersion in music is plain to hear in his music. He has released a string of records including Espiritu, Pa Bailar y Pa Gozar, La Reina and Seito on labels such as Cocoon, Supernature, Kling Klong, Cecille, and Immigrant. For an instant expression of his distinctive sound, though, look no further than his Cadenza debut Llovizna. Breathtakingly beautiful, harmonious, and insistently danceable, it has the polish of long experience, and the emotion that can only come from deep within the heart of an artist. Felipe is passionate about his Latin heritage and the sensual Spanish vocal is the ribbon tying together Llovizna to make a perfect package of a record.

A much-in-demand DJ, Felipe is accustomed to gracing Chile's hottest clubs and festivals alongside the likes of Massive Attack, the Human League, Ricardo Villalobos, Tobi Nuemann, Dinky, Tania Vulcano and Luciano. It seems only natural that the Cadenza Records boss should notice Felipe's explosive talent - his joining with the label seems like fate. "From my earliest days as an artist I've admired and been influenced by Cadenza," Felipe says. "We share a desire to be innovative, creative, and diverse."

Already a veteran of some of the world's most respected clubs including Weekend, Harry Klein, Hanger, Climax Institute, Narita and Retox, Felipe is currently touring South America, touching down at venues including D-Edge in Sao Paulo, and Santiago's La Feria. His European summer tour kicks off at Spazio 900 in Rome alongside Luciano and Robert Dietz.