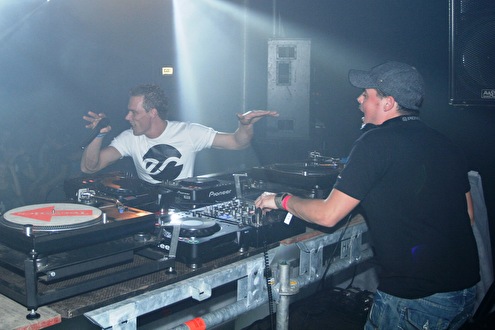 For many years Dr. Static (DJ Ground Force) has been known as a solo artist in various styles such as Oldschool, Hardstyle and Hardcore. Harold van der Heijden got interested in the wheels of steel at young age. He was born and raised in a little town called Bladel (located between Tilburg and Eindhoven close to the Belgium border). At age 13 he got familiair with beats, drums and bass when he was spinning records in the local teenage pub. Later, as a resident for several clubs, he became not only a fan, but more important an expert in spinning the Harder Styles. The last few years he points his arrows to producing Hardstyle. Hard, but in his own style. DJ Ground Force has shown his skills on various party's and Festivals such as: Bassrave, Daydream Festival, I love 2 Party, Gigadance, Last World, Darkravers Birthday Bash and several party's from the Oldschool Gangsters.

In the last few years several productions have been released on his own label Excess Records. Examples:No more bad dreams, Pump it Up, You like that, Spastic Noise Zombie and many more. Especially Zombie was a big succes! The crowd loved it! The record hold his 1st and 2nd place on the sites Hardstyle.com and Dancetunes for approximately 2 weeks.
The official Zombie videoclip on youtube was a great succes.