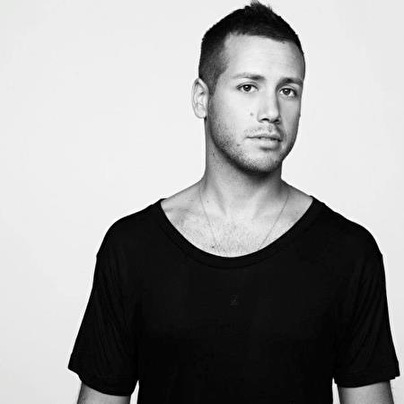 On 2001, at the age of 20, Francisco starts mixing records on little parties in Santiago and in a short time, helped in a way by the boom of electronic music in Chile, he became part of the professional circle of Chilean djs. On 2003, he releases his first album, Vacas Locas, an independent CD with 9 tracks that was very well received and triggered the prize of BEST NATIONAL ELECTRONIC MUSICIAN given by Ballantines Pulse on March 2004. 3 months after Vacas Locas, Francisco releases Cyberpunk EP an independent 12" with 4 new tracks, that made him start touring different cities of Chile showing his work. In April 2005, Francisco won for second time the prize BEST NATIONAL ELECTRONIC MUSICIAN given by Ballantines Pulse, and in May he released his third work Edicion Limitada de bajo Presupuesto touring different cities of Chile.

The second half of 2005 Francisco decided to go out of his country and settled down in Zaragoza, Spain, working with the spanish Dj and producer Iñigo Oruezabal. Together, as MONOMACHINE and GARLIC, they released several records during 2006. Francisco is today recognized like one of the best djs and producers of techno of a new era of chilean artists. He has shared stage with artists like Alejandro Vivanco, Miguel Tutera, Marcelo Rosselot, Savas Pascalidis, Luciano, Tigerskin, John Selway, Martin Eyerer, The Penelopes, Marc Ayats, Angel Molina, Alexi Delano, Bando, Miss Dinky and played in big gigs like Techfest, Open Rave, Southfest, Creamfields, Love Parade and showed his music in Spain, Germany, Holland, France, Italy, Japan, Brasil, Ecuador, Colombia, USA, Argentina, Peru.

Back in Chile, starting 2007, Francisco associated with his long time friend Marcelo Rosselot and started the first Vinyl and Digital Record Label based in Chile, Andes Music, in order to promote southamerican emerging artists. On March 2009 Francisco participated and won first place in the PATAGONICA DJ CONTEST on March 21st in Vina del Mar, Chile. He will be invited to Tokyo, Japan to play in some of the city's best clubs this coming fall ! Look out Tokyo !