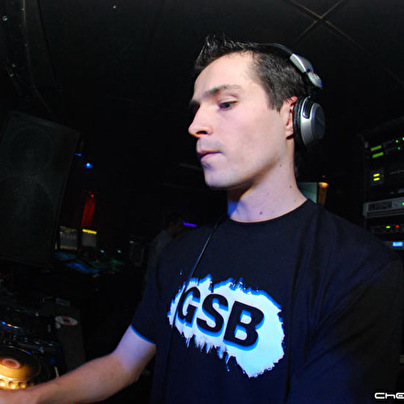 On a sunny evening, the 8th of June 1982, a little boy was born. From that day on, Hans Jonckers was ready to make one big party of his life. When Hans reached the age of 20, he worked as a hotel entertainer in Spain (Mallorca & Andalusia). When the hotel DJ wanted a break, Hans replaced him. Since that night, Hans became more and more interested in the wonderful world of DJ's…
When he quit the job in Spain and returned to Belgium, the first thing he did was buying some mixing gear and started practicing like a maniac. Only a few months after that, he participated in a DJ contest which he eventually won. From that night on, he called himself 'Sjoekoe'.

His first major booking after he won the DJ Contest was at Cherry Moon (Lokeren). The 1st of July 2005, Sjoekoe stood behind the decks, next to famous DJ's such as D-Feat and Q-Ic.

For Sjoekoe, it actually started that night, because after this first major experience, he was booked frequently at other parties and at Cherry Moon.

After Cherry Moon closed down, Complex (Sint-Niklaas) became Sjoekoe's new homebase. Even at Complex, Sjoekoe was given a chance when he was asked for Complex Beach 2006. After that, he was asked for D-feat's B-Day Bash and the Complex Birthdayz and many more.

Through the years, parties and clubs, Sjoekoe met some important people who helped him during his career. Hereby Sjoekoe would like to thank Marijn V. (Complex), Jonas A. (Kamikaze), D-Feat, ... and of course all his fans! So … Thank you all!