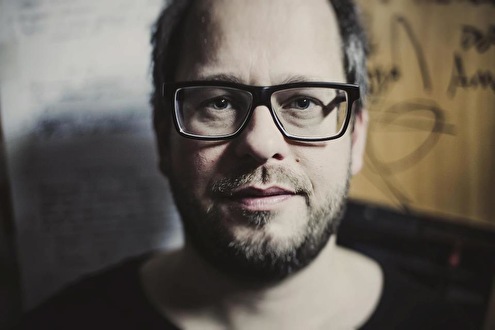 Oliver Huntemann's concrete roots can be traced back to early techno. Had he been any younger, he would undoubtedly have sucked electronica like mother's milk from a C64 chip. Like so many of his colleagues, his route to techno took a tour through electro and rave. He could tell the usual veteran tales when it comes to influences, his first record purchases, or on the subject of the good old days. Been there, done that! It was more difficult maintaining a low profile.

Oliver's expertly constructed productions quickly gained him countless admirers within the techno-elite, and it wasn't long before he struck up a devastating partnership with Dubfire. In 2008 the pair released the awesome 'Dios' which was followed last year with the first part of their 'Elements' series: 'Terra' and 'Fuego'. The highly-anticipated next installment of the 'Elements' series is scheduled for release later in 2012 and initial reactions indicate that 'Aqua' and 'Aire' are set to be just as big as the duo's earlier productions.

Now for 2012, Oliver is lining up the latest instalment of the hugely successful PLAY! Series which is preceded by a new EP release aptly entitled "PLAY! 04 EP – Tasmanian Tiger / Melbourne". Oliver's contribution to the mix series follows in the esteemed footsteps of previous PLAY! CDs (D-Edge in Sao Paolo, Rex Club in Paris and Cielo in NYC) and is recorded live from the 'Roxanne Parlour' in Melbourne Australia.