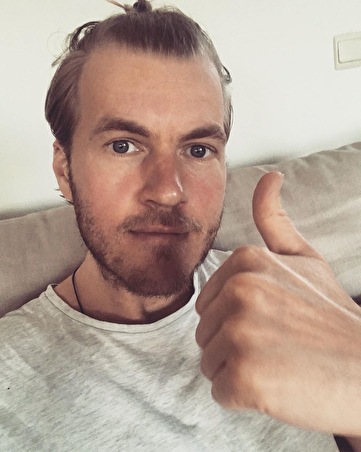 Bart B More's genre-bending style has helped him to become one of the most renown and respected electronic music producers today. He steers away from a traditional production formula to help create his own signature sound: A fusion of deep techno and heart-pumping electro, with an unusual swing in the drum patterns. His eclectic mix of synths, unparalleled sonic range, hard-hitting drops, and heavy bass lines have helped him to create a distinct and original style. The ability to make each beat, synth, and drop flow seamlessly together in his sets, has made Bart a well seen guest at events all over the globe.

Bart does not discriminate against mainstream and underground music, and prefers to draw inspiration from anywhere and everywhere; "The limitations and borders a genre can imply sometimes kills creativity in the producing process, and that's something artists deal with. I try to stay away from that mind frame, and just create how I feel." His non-commitment to any specific genre and ever-changing tastes make each one of his shows a whole new, fresh experience: "Every set to me is a challenge to entertain a crowd, to bring forward my musical taste but also read the crowds mood. And if that's the same thing, that's when I love what I do the most."

In 2008, Bart found a new challenge and created his own label, Secure Recordings. Since then, the label has been an outlet for Bart to release his own music as well as share his various tastes and musical range. By starting his own label, he's able to showcase not only his own style, but also give new artists a platform to release their music. Bart is a firm believer in supporting new and up and coming artists, and by establishing Secure Recordings he's able to give them a chance to make their mark in the industry.

In addition to his own label, Bart has had the opportunity to release many of his tracks with some of the industry's top labels including: Boys Noize, OWSLA, Relief Records, Sound Pellegrino, Fool's Gold, Trouble & Bass etc. By releasing with different labels he has been able to reach an even larger and more diverse demographic, putting him into the spotlight of many devout electronic dance music fans.

In the future, Bart B More hopes to continue to have a role in the responsibility to keep dance music forward thinking, innovative, and open minded.