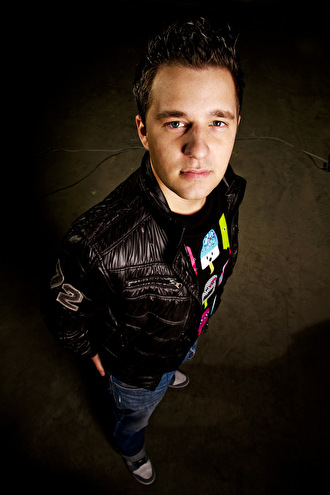 At an age of 14 he started to make his own music, which was very hard in the beginning, because he still didn't knew the style he wanted to follow. In 2007 the first release came, on the well-known Dirty Workz label. This was a track produced with DP, and it instantly put the name Fenix in the spotlight. After that release he came in contact with The Playboyz, who offered him to release his music on the Filthy Muzik label. The first release on was Pullin Pump EP, in 2008.

In 2009 came the release that took the name Fenix to a higher level, Mindfucked EP. This track was picked up by all major deejays and became a huge hit. From that moment on, things only got better… After years of trying different things, he realizes that he has created a specific sound that people would recognize. Driven by his creativity, he always tries to come with new stuff to shock the listeners, and is not afraid to take influences out of other styles.

Fenix already has 2 artist albums, 'Bottom Line', released in 2010 and 'DWX Bounce', released in 2011). His DJ career is growing bigger and bigger, as he already played his catchy sound at a lot of events in Belgium, France, Germany and the Netherlands. Nowadays, Fenix is very active as a producer and allround studio engineer, as he also has projects behind the scenes and does a lot of mastering work. Together with Coone he launched Ambassador Inc, a unique Hardstyle act. Keep Up The Good Work Freek

Twan
organisator Fight Of The Dj's