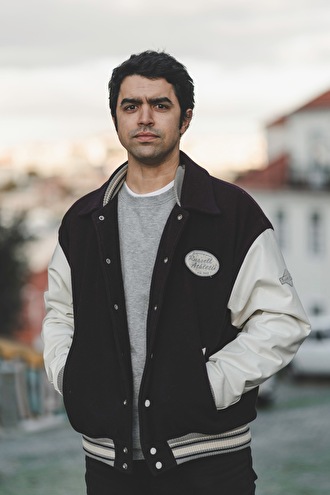 This impression isn't a result of beginner's luck. Caiado carries with him the musical and technical baggage of a heavy weight, and propel sit with the emotion and enthusiasm for his craft of someone who falls in love with music everyday as if it was the first time. His background comes from a degree in Sound Engineering and as a student in the prestigious Red Bull Music Academy (Madrid, 2011), one of a few Portuguese artists to achieve that distinction. The rest comes from something which either you have or you don't: natural talent and insatiable curiosity about music. At least, it seemed enough for house music legend Chez Damier to take him under his wing and tutorship, giving him his first release, "Beyond The Atlantic", on his influential Balance label, with a further step of giving Jorge the chance to develop his own label inside Balance's catalogue which turned into Caiado's new project, Inner Balance.

Add to that the remix duties for Giles Smith on Secretsundaze label, Terrence Parker and Orlando Voorn, and you've got an impressive production pedigree, which is matched with his history in the DJ booth: regular gigs in the most important clubs and festivals in Portugal (Lux-Frágil, Ministerium Club, Musicbox, Industria Club, Gare Porto, Optimus Alive, Neo-Pop, Lisboa Electrónica) have cemented Caiado's standing as one of the country's top DJs in the 14 years he's been spinning.

His focus and drive still sees him finding time to be the label manager and executive producer for the Portuguese Groovement label and also weave the tapestry of his own record shop in Lisbon – Carpet & Snares Records – which is much more than that, serving as a hub for players and new comers in Lisbon's underground music scene. His eagerness to help the scene grow is reflected in the shop's monthly events, where the concept is to continually give opportunities to aspiring DJ's to play for a crowd in more trying circumstances.

Jorge got the chance to fulfil one of his dreams when Radio Oxigénio asked him to host his own radio show. Named "Uma Espécie de Azul", the show focuses mainly on the many blends of house, but it's not unusual to hear him step out of the genre.

More recently he has released his first record under his new alias, Conversion, where his excursions into techno and electro take place.

Moved by the same passion whether he's in the studio, in the booth or simply talking to you about music, Jorge transpires the aura of a true music lover.