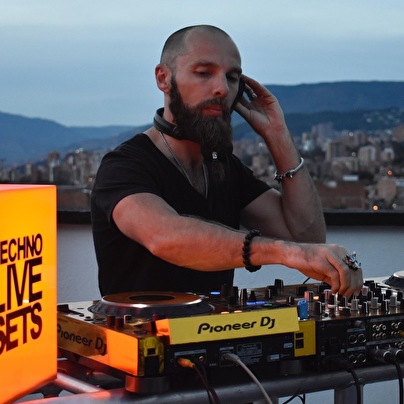 He hosts one of the most respected underground techno radio shows around, The Future Underground Show. The show can now be heard on Digitally Imported's Techno Channel every third Friday of the month at www.di.fm/techno and was previously on Future Radio - www.futureradio.co.uk -107.8 FM. The shows are made available to listen again and download and see thousands of plays and downloads each month. Nick mixes on the show and has interviews and guest mixes from the biggest names in global techno.

Nick has also played alongside many of the above mentioned DJs at clubs around the world.

The quality of his mixing has seen him in demand across the world. He has provided guest mixes for the following radio stations and websites: Slinky FM, Sense FM, Elio.org, Insomnia FM, Static Progress (Artist of the Week), Techno Recommends, www.bestofhouse.co.uk (resident podcast contributor), Radioparty.pl, "The Drug" and in Colombia for Radio Planeta, The Beathouse Online and La X.

Nick's sublime beats are famous for keeping dance floors moving all day and night. His winning formula is guaranteed to keep him in demand across England and all over the world.