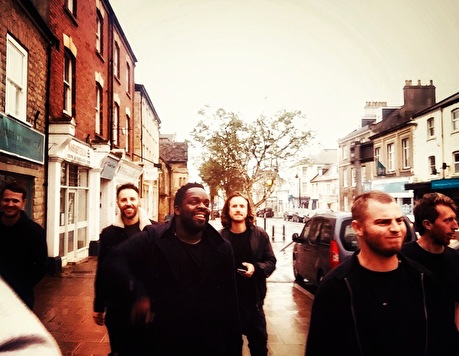 Forming in 2010, They Say Jump are made up of Adrian Benn on vocals, Rhys Owen on saxophone, Ben Pearce on guitar, Sam Edgington on bass, Luke Allwood on keys, Jackson Mathod on trumpet, and Mike Clowes on drums. Bringing together a passion for music from all cultures, the collective have garnered a strong London following from their energetic live shows, including spots at Secret Garden Party, the Brixton Hootenanny, and Wilderness Festival. Following their initial live success, the band released their debut album, 'One Hundred Summers', in September 2013, and were subsequently touted as "ones to watch" by Harper's Bazaar Magazine.