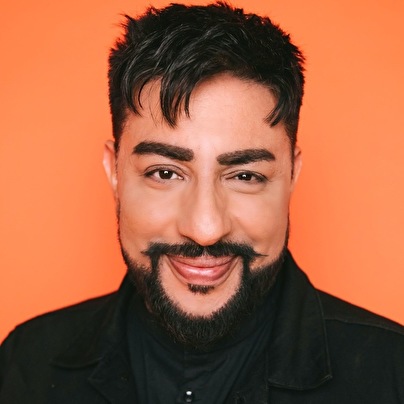 Bobby joined BBC Radio 1 in 2002 co-hosting the Sony Gold award winning show, 'Bobby Friction & Nihal', and in 2005 joined the BBC Asian Network presenting the station's Saturday afternoon 'Album Chart Show', before moving to 'The Mix', on Sunday afternoons. Bobby won his second Gold Sony award in 2005 for his BBC documentary 'Vote Friction', and then in 2006 he started his week nightly 'Friction' show on the Asian Network. The show, seen by many worldwide as 'the definitive' Asian music show won Bobby his third Sony Gold in 2007. Bobby now presents his own Drivetime show on the Network broadcasting 5 nights per week & covering culture, art, show-biz, film & of course lots of music.

Bobby has also made numerous documentaries for Radio 1, Radio 4 & the Asian Network over the years covering topics such as the Arabic Walt Disney, Amir Khan the Boxer, Rock music in India & British Asian's in Prison. He has also done lots of TV work which included being the main focus for the BBC 1 documentary 'This England', fronting the Channel 4 TV show 'Bollywood Star', & Co-Hosting the BBC 1 Music reality programme 'Clash' as well as presenting documentaries like 'The Countryside Sucks' & 'Generation 7/7' for Channel 4. His TV work has also included appearances on The Wright Stuff (Channel 5), The Daily Politics (BBC 2), Sunday Morning Live (BBC 1), Celebrity Mastermind (BBC 1) and has appeared & worked on Newsnight (BBC2), Channel 4 News & BBC News 24.

Bobby has also written for many publications on British Asian culture & music including a monthly column in Rolling Stone Magazine, India & writing for NME.

Over the years Bobby has represented the British Asian sound as a DJ all over the world and has built an international reputation as a genre mixing musician, from Asia to the US, and from the Middle East to the whole of Europe. His gigs have included headlining his own outdoor New Year's Eve gig in Bangalore to ten thousand people, playing for Womad in the UK & Singapore, The World Music Festival in Chicago, The Burningman Festival in the Black Rock Desert in Nevada as well as regular gigs in San Francisco & L.A. He is also a regular on the European Festival circuit including playing nine different Glastonbury festivals and Bestival for the best part of a decade. His FRICTION nights have represented his sound whenever he's thrown them since 2002 in London & Birmingham. He was also one of the founder members of the band Ecostani and still works alongside The Infinite Scale, his production partner. They've worked on numerous remixes: from Electronica to Bhangra, House to Hip-Hop, through Bollywood since the late 90's. Bobby has also recorded tracks with the Mercury Music Award nominated Black Star Liner; His British Asian Urban compilation 'Friction' sold a quarter of a million copies in the sub-continent and stayed at number 1 in the charts for 14 weeks. Friction 2 & Friction Re-Loaded also carried on that success & helped cement the British Asian sound in India.

A Unique music professional that has a legendary status within Desi music, Bobby is a lover & fighter for British Asian music and Desi Beats worldwide as well as being a brilliant & gifted Documentary maker – but is first and foremost, and will always be, a massive fan of music!