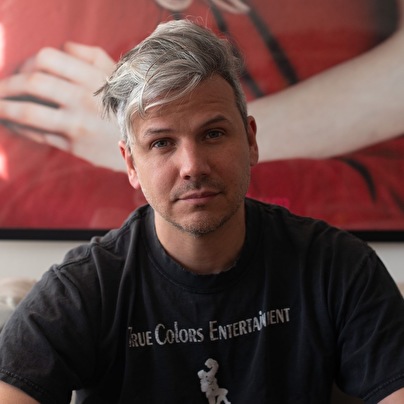 Around this time the Internet was popping off like never before and I, having already cashed in all my shame and self-respect to collect fat checks playing Flo-Rida songs in Las Vegas, decided to get in on the action. I started an anonymous blog (boyslifenyc) that chronicled the sexual nature of my emotional wandering. Once I unlearned the snarky, and lets face it downright pathetic, early 00s Vice magazine tone of the first few posts, the writing started to generate really positive feedback and the blog started doing relatively well.

I was never a naturally gifted DJ. I may have had the mind for it, but I never had the ear or the dexterity. I quite literally had to put in the 10,000 hours. So along came writing, and like my writing or not, if you go back and look at the old boyslife posts it's undeniable that I was progressing quickly. Boyslife had some buzz and I got a couple offers to write for websites and there was some slight interest in the TV/Film rights. I was at a jumping off point. It seemed like I had two choices: get organized and turn my blog into a business with the end goal being a non-fiction book, banner ads, and if I got really organized/lucky some sort of TV deal, or keep writing.

In the mid 00s, in opposition to my inner DC child—During the 1990s popular local band Fugazi refused to appear in magazines that contained ads for cigarettes or alcohol—I decided to do lame shit in order to make money DJing. It totally worked, but it also ended up totally sucking. And as I tried to figure out what to do with the blog, I was confronted with my own nagging Fugaziness. I couldn't shake the idea that if I'd somehow made better decisions, stayed more true to the music and ideals that I'd started with, maybe I wouldn't have fallen so out of love with DJing, and in turn, not have crapped all over nearly twenty years of hard work. I didn't want to make that mistake again.

I followed this ill-advised Gen-X instinct to chase the truer version of myself and decided to put the blog on hold. I began turning a short story I'd been working on into a novel. It was a shit load more work that I expected. As I toiled the promise and momentum my blog had began to evaporate. I let it die and kept working on the book. Months turned into years, and By late 2013 I had a solid draft to shop.

I made the rounds but no agents were interested. I lacked the literary pedigree they seemed to be looking for, and didn't have the type of Twitter analytics accepted in lieu of. It became pretty clear that a big money book deal wasn't coming to rescue me. I was DJing less, trying to finish the book, money got tight and I had to give up my apartment in Manhattan. And when my sublet in Brooklyn ended, I decided to give up on New York. It just seemed impossible to earn enough to live somewhat comfortably and also have time/energy to write. At first it felt like I had flunked out. Out of Manhattan, then out of New York. It took a while, but eventually I realized that wasn't true. I'd been holding my pencil furiously to the paper forever, lead crumbling, loose leaf tearing, forcefully plotting my future. Now, out of the city, I wasn't even sitting at the desk anymore, I'd been set free.

Right now I'm living on the cheap in Seattle, writing and working towards having printed copies of my novel ready for distribution this spring. This means dealing with a book designer, a print house, followed by doing PR and on-line marketing. I apologize in advance if I get a bit self-promotional over the coming months, those of you who really know me know I loathe this type of shit, but in this day and age it is an evil necessity. I have a GED, no real connections to the literary world, and the way in which I write and work is not conducive to success in the mainstream online media. I am not a journalist and it seemed counterproductive to try and become one just to get my name out there. I have no real choice but to do this all myself. I will update this page sporadically with my progress, and if you enjoyed the stories on boyslifenyc I think you'll really enjoy the book. And even if boyslife wasn't your thing, or you're not really sold on the idea of an erotic skate novel set in Downtown Manhattan in the summer of 2011, I hope you'll follow my page anyway, and give my book a chance when it drops this spring.