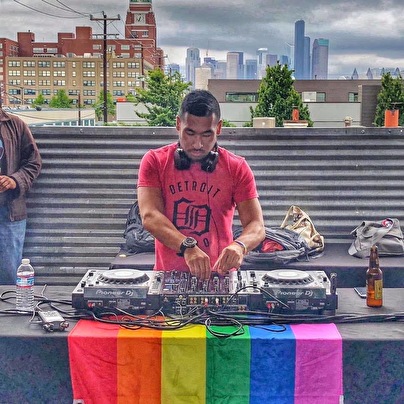 It wasn't that long ago when Alfonso Tan was shown the absolute basics about DJ'ing. However, in a short amount of time, he's become quite familiar with the dynamics of mixing, track selection, building a story, setting a mood, and making people move. House music is his foundation and main love, and he finds enjoyment in many forms of electronic dance music. Striking a solid vibe with his listeners is what makes him happiest. He grew up on '90's era underground hip hop, R&B, electronica, indie rock, video games, sportscars, snowboarding, and Pacific Northwest culture; the positive influence on his sound is apparent. With Alfonso, the sound has to bounce, groove, connect with the crowd, and have the right attitude. He's covered a lot of ground in his relatively short journey as a DJ: playing for many of Seattle's more prominent outfits (LOST, Nark Magazine, Field Trip, Uniting Souls, Studio 4/4, etc.) at the city's hottest venues (Monkey Loft, Q Nightclub, Kremwerk, Re-Bar, etc.), as well as venturing out to rock parties in Vancouver and Boston. Whether it be an intimate basement, underground rave, sprawling club, or sunny, rooftop deck, Alfonso knows how to hit the proper groove. Alfonso Tan currently holds a residency with the infamous LOST Family, and often plays for the often-misbehaved Nark Magazine. Music has always been an important force in Alfonso's life, and he aims to channel its power through his DJ'ing..