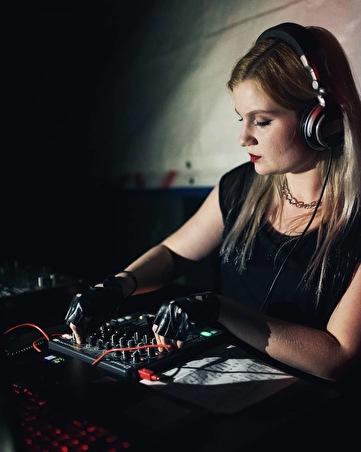 PODRUGA is the electropop project of Alise Stefanoviča (born 7 October 1994 in Ogre, Latvia; singer and producer). It started as a duo in 2016 and became a solo project in 2018. Its signature style is influenced by club culture and nostalgia. Debut EP 'YPA', including single 'Wishful Thinking', was released in May 2017. The name ''Podruga'' implicates two meanings from the Russian ''Я твой друг'' (I am your friend) and the self-explanatory - ''I am your drug''. Dreamy vocals, floating atmosphere and hypnotic dance moves make PODRUGA's performances unforgettable.