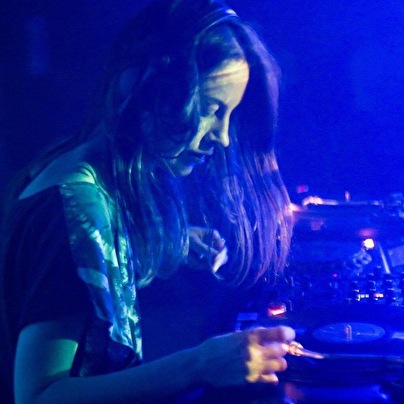 Like many others, DJ RAKETA originally was a professional party monster.However her musical taste was developed by not only endless parties all over ex USSR, but musical education. Dj Raketa started djing in 2007 as a part of project called "BelkaandStrelka" (http://www.myspace.com/belochkaandstrelochka), mainly playing minimal-techno and tech-house, and only VINYL!!! First perfomance of this female band was at the "Kosmos Nash" festival, headliners of which were famous representatives of world electronic scene, like Dj T, Martin Eyerer,D-nox, KingRoc, Glimpse, Nass, Mr.C, Dolls at play, Rudolf. Successful debut was followed by a chain of gigs in biggest Belarussian clubs with the greatest international artists. By the end of 2007 the "BelkaandStrelka"project has finished, and first gig of separated from the project DJ Raketa, still making accent on techno sound on vinyl source, took place at the "Dikie Yaitsa", a massive New Year's rave party in Minsk. Another loud debut announced participation in many gigs, projects, parties, festivals and afterparties ,"GLOBAL GATHERING" and "COSMOS NASH!" festivals. From 2009-2012 Raketka has been living in India, based in between Bombay and GOA. Playing all over the country. 2010 season in GOA she became a founder and resident dj of the most underground techno club CIRRUS. In 2011 Dj Raketa has done such a big events like Sunburn (the biggest asian festival) official afterparty, First India Resort Fashion week, Afterparty Bangalore Fashion week, vinyl dj set with Dj KOZE

at SHANTI, GOA, and many Kingfisher nights all over India.

From 2012 untill this days Raketa has been missing from India cause she was touring nonstop in Europe in South America. Based in Berlin in a summer time and in Santiago (Chile) in a winter she played in a such a legendary places like Katerholzig (Berlin), ClubderVisionare (berlin), Dali (Brussels). La ruche (Swiss), Mushrooms (Peru), SundeckParty (Chile), La feria (Chile), Closer (Ukrain), Suma beach MInifesto Istambul, sharing a dj boot with artists like Dandy Jack, Dj Koze, Robag Wruhme, Argenis Brito, Guy called Gerlad, Phonique, Dinky, Yapacc, and many many more. Dj Raketa also recorded lots of radioshows and podcasts for Sgustok Magazine