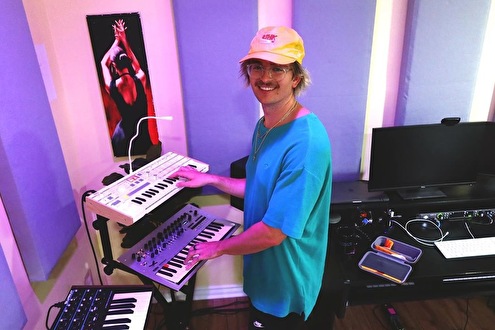 "David Wilson, better known as dwilly, is music's most brilliant threat" (Ones To Watch). Currently based in LA, dwilly is a producer, songwriter, and vocalist that blends elements of hip-hop and edm. In 2019, dwilly joined GRiZ on his US tour, opened for Zedd at Red Rocks, and signed with Big Beat/Atlantic. Aside from his own music, dwilly has also produced records for artists like Mike Posner, Ty Dolla $ign, Wiz Khalifa, and Trevor Daniel. 'Having cooked up quite the sonic formula' (Hillydilly), dwilly has built notoriety as a producer having three top 5 Splice sound libraries becoming well-known for his unique approach to sound design. Toodles.