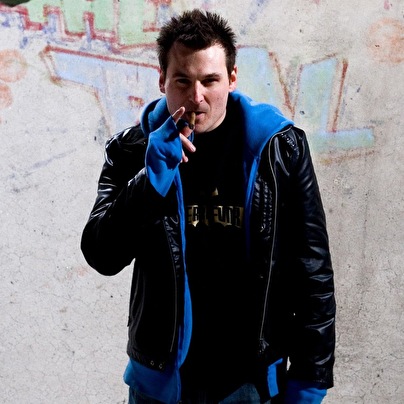 Soon enough, Moving Fusion was coming up with beats and they wasted no time in sending absolute shockwaves through the drum and bass world when they released their first single, "Turbulence" on Ram Records in 1997. The tune was an absolute monster, destroying dancefloors in all points of the globe and went onto receive MixMag's coveted 'Tune of the Year' award, as well as becoming one of the best selling releases of all-time. After appearing on countless compilations and mix CDs over the last 14 years, "Turbulence" is still a staple in many DJs sets to this day and has been voted the best drum and bass tune of all-time in many online polls and articles.

Moving Fusion had now became a permanent fixture with Ram Records. After touring the world extensively off the back of the success of "Turbulence", the pair felt a sense of pressure to follow up with something of equal significance. A short break ensued and Moving Fusion got back into the studio to produce 1999s 'The Beginning EP', which included the massive title track, "The Beginning", alongside the huge hits "Brain Storm", "Combat" and "Sex Drive". In 2000 they had yet another huge EP with, 'The Atlantis EP' which preceded 2001s "Atlantis Remix" by then-super group Bad Company. The remix became yet another all-time classic, still receiving plays to this very day.

It wasn't until Dan and Jeff moved into a studio in White Chapel, away from their traditional home studio that an album began to take shape. With 24 hour access to the studio, no noise restrictions, and studio neighbours that included Shy FX, Blame and Master Steps, there was a confident vibe in the air. Six months later with much of the album completed and DJ work rolling in fast and furious, they put the final touches on their debut album, 2002s, 'The Start of Something'. With colossal tunes such as "Guy Fawkes", "Star Sign", and "Back to the Future" all receiving huge DJ support worldwide, as well as "Chilli Pepper", with its flamenco influences cracking daytime radio, 'The Start of Something' was an unmitigated success.

After almost ten years of making tunes and touring the world together as Moving Fusion, the duo made the decision to part ways to explore their own musical tastes as solo artists. Now under the solo guise of "Sparfunk", a number of collaborations with Shimon resulted, featuring the release of "Bass Fanatic", "Mysterons", and "Cold Killa", featured on Andy C's 'Nightlife 2' as well as Shimon's 'Ram Raiders – The Mix'.

Shortly after, in 2005, Sparfunk made his first solo release on Ram Records, "Rapture", which immediately became a favourite on BBC Radio1's Annie Mac and Zane Lowe shows. Meanwhile, the funky tempo changes on the flip side, "Blazin' Jazz" left fellow producers and fans alike with tongues wagging. This was followed by "Dimension X" on Ram's inaugural 'Dimensions EP', as well as a collaboration with Nightbreed on, 'Arachnophobia', famously featured as the last song on Andy C's 2005 BBC Essential Mix.

In 2006, Sparfunk launched his own label, Terrafunk Records for more experimental tracks that still had the dancefloor in mind. This was never more apparent than the release of "Snake Charmer", with its famous tempo change drop, in another collaboration with his old pal Shimon. The flip side of the release included Sparfunk's long sought after alternate remix of 2006s "Ghetto Blaster" by Cyantific, now repackaged as "Freaknight". Although quiet as of late, Sparfunk is confident Terrafunk will make a return at some point in the future.

The pair of Sparfunk and Shimon reunited (this time on Shimon's AudioPorn Records) for "The Smoker", a #1 hit on Beatport and one of the biggest bangers to hit dance-floors in 2008. That was followed up by Tantrum Desire's remix of "The Smoker" in 2010, which also went straight to #1 on various digital shops such as Drum & Bass Arena and Trackitdown. Sparfunk also made a return to Ram with "Crash Dummy" being featured on Andy C's 'Nightlife 5' album, as well as released on the 'Nightlife EP Part 2'.

As of 2011, the dust has settled with old sparring partner Jeff, the other half of the original Moving Fusion, and the pair have made a long awaited return to the studio. Futurebound's Viper Recordings has already signed the duos first collaboration in over six years. With their signature rolling sound back in form without missing a beat, "Black Belt" will feature on Matrix & Futurebound's 'Worldwide 001' album, as well as a forthcoming single set to drop on Viper in the near future. It's set to be an enormous year for Sparfunk and Moving Fusion, with bookings coming in fast for DJ sets in Europe and abroad this summer as well as a massive New Zealand, Asia and Australian tour.