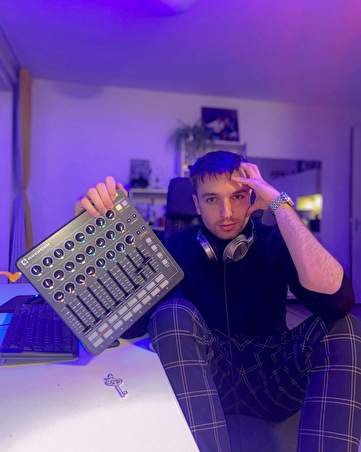 Andy is influenced by different cultures: Dutch, Romanian, Cypriot and British. You will recognize this international mixture in his songs and lyrics. Andy is now a DJ, singer, songwriter and music producer and lives in Rotterdam (The Netherlands).

Collabs include:
Reventon and Nitty Scott