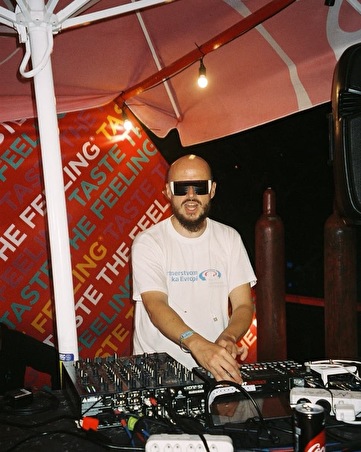 With his own unique treatment of sleazy, minimal electro and acid beats, MKDSL (stands for 'Mom Says I'm Pretty' in Serbian) has been uplifting the local clubbing auditorium since the early 2000s.

Equally influenced by Aphex Twin and Laurie Anderson, as well as 90s Dutch masters such as I-F and Legowelt, MKDSL is one of the most interesting producers and DJs in Belgrade today, crossing his humorous, camp personality with a serious devotion to music.