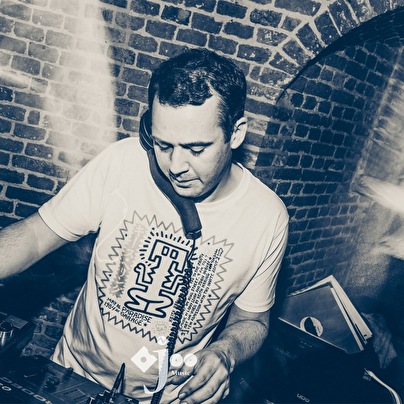 He strives to play a wide variety of different sounds and styles, new or old, without bias towards or against any specific format and has a love for combining soul, funk, disco and house music. The accent is on deep, soulful grooves with an uplifting message. It was a progressive evolution over 10 years that began with the mid 90s hip hop sound, followed by the techno and house sound in the late 90s. Being exposed to great event productions and even greater music talents made his passion and respect for different kinds of music grow.

During his studies at college he got in touch with Jensen and their mutual passion for music made these two house cats inseparable behind the turntables. After playing in several clubs in Ghent they've become monthly residents at Decadance in 2004, where they've been rocking the house during two years.

In the meanwhile they've started organising their home party's 'What's Cookin?'. The success and growing popularity of their now acclaimed 'legendary' home parties allowed them to move to bigger and even more exclusive locations and invite international guests like Joe Clausell

From 2008 on he was also envolved in different other projects like the 'Boom Boom Room' and 'Nake 'it" party's in Aalst and the 'We Ain't from Chicago' & 'Back To The Roots' party's in Ghent.