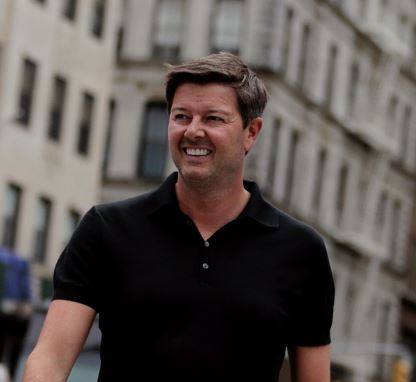 Under Piron's management, Armada Music was voted 'Best Global Label' at the International Dance Music Awards (IDMA's) in Miami for an unprecedented six times, the sixth of which was won in 2018. Due to its immense growth over the past few years, the label now boasts a catalog of over 15.000 titles and an artist roster that includes world-renowned acts and super talents such as Andrew Rayel, Armin van Buuren, ARTY, Erick Morillo, Ferry Corsten, Kevin Saunderson, Lost Frequencies, Loud Luxury, Morgan Page and W&W, earning the label weekly airplay on the biggest nation-wide broadcasting stations in the world (such as BBC Radio 1 and Sirius XM) and weekly new adds to the U.S. Airplay charts. In August 2018, Armada Music was voted 'Best International Label' by hundreds of American industry professionals at the Promo Only Summer Sessions 2018.

Moreover, the success of numerous Armada Music acts led to a slew of gold/platinum-selling records. Armin van Buuren, for instance, won a Grammy nomination for This Is What It Feels Like' under Piron's management in 2013, while Loud Luxury sold certified platinum in the U.K with smash hit 'Body' (#4 in the U.K. singles chart) and certified gold in the U.S. before entering Billboard's Hot 100 chart. In addition, Lost Frequencies scored multiple global hit songs with 'Are You With Me', 'Reality' and other exceedingly popular singles, clocking up well over a billion streams in total. The success of Loud Luxury in the U.K. and the U.S. can be largely attributed to the efforts of the Armada Music teams in both territories as they continue to grow in size and strength.

As far as personal awards go, Maykel Piron won three IDMAs for 'Best Record Label Promoter or Exec In-House', and was named as one of the Dance Power Players (in 2018 and 2019) and Indie Power Players (2019) by leading outlet Billboard. He was also awarded with a 'Feather' for making an extraordinary contribution to the Dutch music industry. He is the youngest person to have ever received this prestigious award.

Maykel Piron is also a co-founder and member of the board of Cloud 9 Music, set up in 2004 with Raymond van Vliet, who takes on the role of CEO. Cloud 9 specializes in music publishing, compilations and artist development, representing a variety of music styles that ranges from Dance and Pop to children's music and Hip-Hop. Cloud 9 is also 50% owner of Phrased Differently, thus representing composers such as Justin Jesso and Nathan Duvall (Disciples), who've respectively worked on super hits such as Kygo's 'Stargazing' and Calvin Harris' 'How Deep Is Your Love'.
Maykel Piron about Armada: "It was always my dream to build a global music brand, and I think I can safely say that we've made that dream come true. We've been doing everything in our power to create the best opportunities for our artists and our music catalog, and now, we should focus on continuing to grow on all different levels within our industry to make sure we can keep doing that. Personally, my main goal is for us to remain the independent, #1 go-to electronic music label for the rest of my career, and I know we have what it takes to realize that. Not just because we deliver the best possible environment for electronic music artists and producers, but also because our team consists of genuinely nice and good people who know how to bring out the best in our talents."

The early years of Maykel Piron

Piron got into dance music at the very young age of 10. He DJ'ed at school parties, was into collecting vinyl and playing records for hours on end in his home bedroom studio, and started playing at a range of venues in the Netherlands at the age of 14. Five years later, he started his professional career by taking a job working for a DJ promotion service at the age of 19, after which he joined Purple Eye Productions. For Purple Eye, he released records by the likes of Ferry Corsten, Marco V and Armin van Buuren.

When Warner Music Benelux asked Piron to set up a dance division in 1999, he became the A&R manager of several Warner labels for three and a half years as well as publishing branch Warner/Chappell. During this period, one of the acts he signed exclusively for the world to Warner/Chappell was none other than superstar trio Above & Beyond.
In 2003, he had his mind set on a new challenge: fulfilling his childhood dream. Together with business partners David Lewis and Armin van Buuren, Piron set up Armada Music. The Amsterdam-based record label, has since grown into a haven for dance music enthusiasts as the world's biggest independent dance music label, spanning everything from Trance and House to Techno, Progressive, Deep House and even Pop with promising sub labels.
Nieuws
Armada Music's CEO Maykel Piron lanceert 6e deel "Chill Executive Officer" Serie · 9 april 2021
Dat de wereld is veranderd in het afgelopen jaar, dat weten we. Maar in de wereld van Armada Music is muziek áltijd het antwoord. Om de huidige beproevingen een beetje te verlichten, lanceert Maykel Piron, CEO van Armada Music een gloednieuwe compilatie om even zorgeloos bij weg te kunnen dromen; Chill Executive Officer, Vol.6.