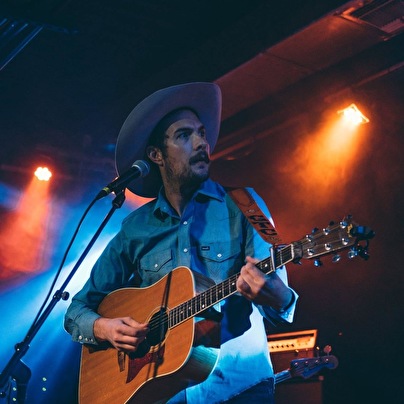 Garrett T. Capps is a San Antonio-based country musician unafraid to let other influences creep into his tunes. His last full-length release, "Y Los Lonely Hipsters", has garnered a cult following and even landed one of it's songs (Born in San Antone) a prime spot in the Season 3 opening scene of Showtime's hit series "Billions" (premiers March 25th, 2018). His ambitious new "space country" solo LP, "In the Shadows (again)" was released on May 5th on the newly established Shotgun House Records. There is a lot on the horizon for GTC as he continues to play prime gigs in Austin/San Antonio and take his progressive country influence out in to the big 'ol world.