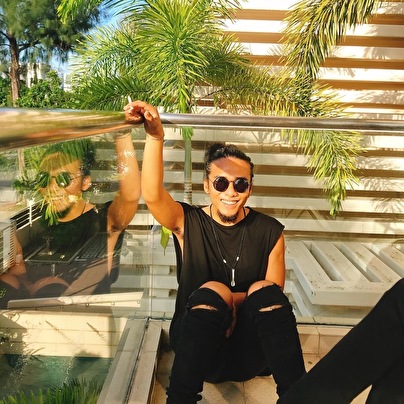 Founder of .KORSAIR music, born and raised in Singapore. Underground music has always played a huge part in Erwin's Life. He picked up learning the drums in 2003 and was playing Metal/Hardcore shows with his band all over Singapore.

Over the years things took an evolving turn when he started having the love for House and Techno. Following his love for underground electronic music while experimenting with cross-genre spinning styles and techniques while sharpening his skill set on the decks playing private house parties and after parties gigs. The journey began.

Fast forward to 2018, he is daring and bold in his music selection and a definite crowd pleaser who never fails to connect intimately with each and every one on the dancefloor. Having found the sound signature that suits him and enjoying long sets. Erwin brings you on a journey deep into your minds while you stomp the night/day away.

In the recent months you can find him getting his hands dirty with the .KORSAIR music team, working hard to bring you quality events in Singapore inspired by parties in places that he's spent seasons in such as Berlin and Koh Phangan. He has also started exploring the deep abyss of the production world.