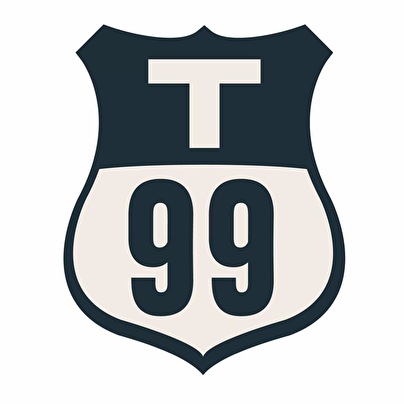 Throughout the years T-99 have shown themselves a constant factor on (pop) festivals and stages across Holland, Belgium, Germany, France, Switzerland, Austria, Great Britain and the US. The band has played (among many, many other stages) at Noorderslag, North Sea Jazz Festival, Latitude

, Zwarte Cross and Eurosonic. The band shared en passant stages with legends such as Chuck Berry, Dr. John and Little Feat. Music by T-99 was used in several TV-shows and programs and the trio has done several other successful performances on national radio and tv. In 2008 the band was invited by BBC radio DJ Mark Lamarr to record exclusively at the London BBC studio's for his popular radio show 'God's Jukebox'. In 2010 the band shone in theater production The Freak. And two years later their music was also used to provide power and punch to the movie Black Out and more recently in Netflix-series SealTeam.