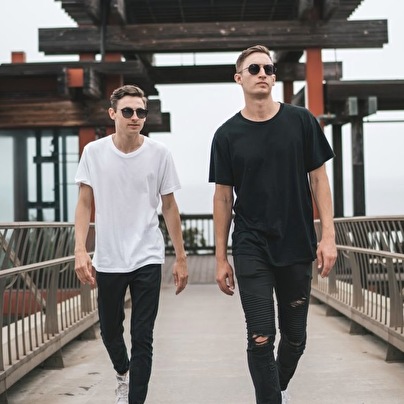 FOMO (Fear Of Missing Out), consisting of Garrett and Morgan, is a DJ/music production duo based in San Diego, California. Former college roommates, the two shared an early interest in dance music and launched their project together in late-2015.   Over the past 4 years they have quickly grown within the San Diego scene and have opened for artists: Crankdat, Ghastly, GTA, Jauz, Party Favor, NGHTMRE, Slander, Slushii and many more. Their remixes have also been favorites among the industry with support from some of the biggest names in dance including Skrillex and The Chainsmokers. Progressing their sound and working hard behind the curtain, the two look to take their music to a global scale in 2020.