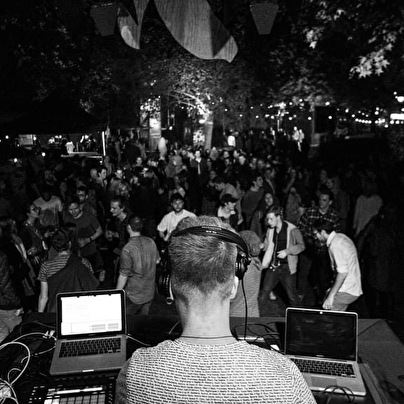 Tonny started making electronic in his teens as a way to pass the time on the island. It quickly became apparent that this was more than a fad for him, and after a decade and a half of work he has the credentials to show for it. He has produced tracks for The Mercedes-Benz Amsterdam Fashion Week, Paris Fashion Week, Igor Vrebec, Introdans and is a resident composer at De Nieuwe Oost. He studied for 5 years at Artez Conservatory of Music in Enschede, and has mixed and mastered for a variety of artists. After years of working behind the curtain for all corners of the music industry he is ready to make a full frontal assault on the electronic music scene in The Netherlands and beyond.

From festival stages to sweaty underground clubs, Nobel Savage is guaranteed to flatten every stage. The audience will experience a set that not only forces the body to move, but stimulates the mind with a sonic experience that only a seasoned professional can produce. Nobel Savage is brutal, explosive, thoughtful, beautiful, and always leaves every audience with a true appreciation for what drum and bass can truly mean for them.