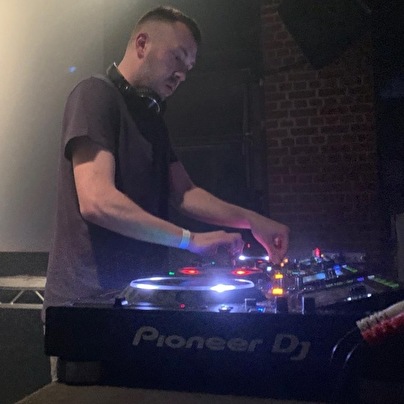 Easier said than done, especially with so many young lads fishing the same pool, trying to make a living with music. Luckily, Danny found that the West Kirby's school was the best thing that ever happened in his life. They supported him completely, helped him develop life skills and pushed his dreams and ambitions. They hooked Danny up with a weekly day of training placement with a local music studio, called Fallen Industries. There, he quickly learned the ropes of the industry and got his hands on all essential production equipment and software, as well as learning how to DJ.

Whilst still in normal classes, Danny thought it might be a good idea to do his GCSE in music, and despite Danny's experience using several different DAW's to produce electronic dance music, he failed the test. Unfortunately, at that time, it required the skills of playing an actual instrument to do the qualification. He didn't walk away though, and saw it through to the very end, keeping his head held high and accepted it for what it was. Though his score turned out to be an F, he didn't let that define him or his choice to go for music.
"I was at a breaking point I was going to give up music for good…"

Time had come to move on from school, to walk out and enter the big, wide world of college education. Before Danny left the school that had supported him so much, he met up with the school's career advisor to discuss his options. Together, they found a music technology course, called Liverpool Community College. Even though he needed high grades of Math, English and Science, the college accepted the supporting evidence of Danny's previous experience and invited him for an interview. An intense meeting, especially for a person like Danny, dealing with autism. After two weeks of stressing, worrying and losing sleep, he finally got the good news: he got in!

Though he had only 2 qualifications needed to even be accepted into the one-year course, he defeated all odds. Danny studied all hours, dealt with a lot of pressure, stress and even got to the breaking point when he thought of giving up on music for good. But after one year of holding on, led by his own determination and guided by his college tutors, Danny left college with the Music Technology diploma. Danny: "Through willpower, and driven by my desire to achieve it, knowing I had it in me, I was able to overcome the obstacles that were in my way."

That wasn't the end of Danny's trials though. After completing the course, he faced a new challenge. He spent most of his day in his home studio, learning how to produce different genres by watching YouTube tutorials. After a while, he came to a dead end and felt the same isolation as when he was diagnosed with autism. His condition took a turn for the worse, and Danny started feeling extremely low and depressed. That's when he took a break from everything, focusing on getting better and finding his way back into the one thing he loved most: music.

"The desire to succeed in music has come back a thousand times stronger."
In 2017, that spark was reignited. Danny: "Something happened to me that I can't really explain, but I managed to get the spark back and the desire to succeed in the music industry came back a thousand times stronger. I wasn't going to stop until I got my music out and got signed to the biggest labels possible. I was going to take all chances and opportunities to make a promising career for myself." And he did. Danny got back into the studio, massively improving his productions and productivity, investing his time in networking and connecting with the right people. It landed him a release on Solarstone's Pure Trance label in January 2018 – his debut 'Concentration' – which even made it to the Pure Trance Volume 6 compilation and its limited vinyl edition. Flying as high as #11 on Beatport's Trance Top 100, 'Concentration' turned out to be the start of something big. More and more label owners discovered Danny's sound, and while his personal life story on autism and making it in a highly competitive, creative industry went viral on dance music blogs all around the world, Danny's career finally got the lift he had been looking for, for so long.

2018 would eventually turn into Danny's break-through year, signing tracks to Menno de Jong's In Trance We Trust, Paul Van Dyk's Vandit, RAM's Grotesque, Solarstone's Pure Trance and, last but definitely not least, Armin van Buuren's Who's Afraid of 138?!. Originals 'Over The Horizon', 'Heroes', 'Forgiveness', 'Under The Moonlight', as well as remixes and remakes for Gai Barone, Vincent de Moor and Faithless made him 'one to watch' – supported by a lot of the Biggest names in the scene. While conquering the hearts of trance lovers, he also makes waves in the underground techno scene under his Notea alias. Unleashing the darker shades of his sound, tracks 'Up & Down', 'The Climb' and 'Control Room' were signed to Techburst Records, each making it into Beatport's Top 100 Techno chart. 'Up & Down' was featured on Mark Sherry's Prism Vol. 2 compilation, as well as Grotesque's Spring Essentials 2018.

"…I'm the happiest man in the world, because of what I've achieved..."  In 2018 alone, his originals got more than 36K plays on Apple Music and each individual track clocks up an average 15,000 plays on Spotify. He's gained a loyal following on social media, with both techno and trance lovers. And while his releases continue to gain momentum and his name is out and up there, it is Danny's dogged mind and relentless energy that push him to perfect his tunes, DJ skills and constantly bend the genres through studio experiments. But also to help others.

Together with his fiancé, he's working on 'Keynote' – a community based, sensory workshop program for children & young adults with disabilities – providing them learning tools to further their education process. Danny: "People with disabilities can achieve great things in life.". That's the lesson to be learned – Danny Eaton is, first and foremost, an inspiration to never give up.