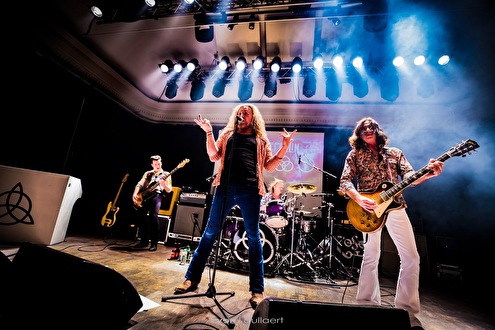 Letz Zeppelin is a Belgian-British tribute band that revives the mystique and trendsetting progressions from the Led Zeppelin era.

Letz Zeppelin was formed in 2010. Since then the band rocks clubs and festivals in Belgium - Holland - France - Spain - Germany - Bulgaria to interpret the former glory of one of the best hard-rock acts ever. All their concerts are full houses.