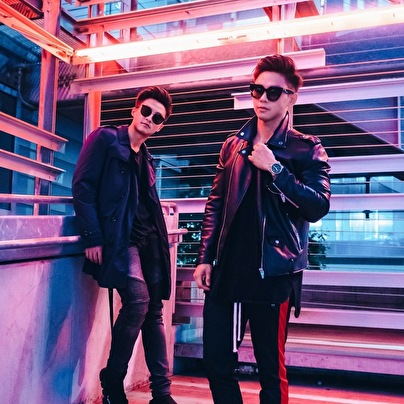 In 2018 BEAUZ released their hit single 'Hide and Seek' which rose to #1 on the iTunes Dance Chart. The duo became a viral remix powerhouse on YouTube, solidifying their position as a favorite among top music tastemakers worldwide. They soon caught the attention from artists they looked up to, landing them multiple official remixes. Most notably, their remix of 'Happy Now' has become a staple in Zedd's DJ sets.

Nevertheless, BEAUZ truly became an undeniable force in 2019 with their sensational original songs. After multiple releases including 'Crazy' on NCS, the brothers released 'Sayonara' with Universal, which marked the beginning of a new era for the duo. Shortly after, they released the genre-bending 'Count The Hours' with Armada, kicking off BEAUZ's first international tour covering North America and Asia.

Chic and captivating melodies, a consistent workflow, and the spirit to never give up are what makes BEAUZ one of the most exciting names of the industry today.