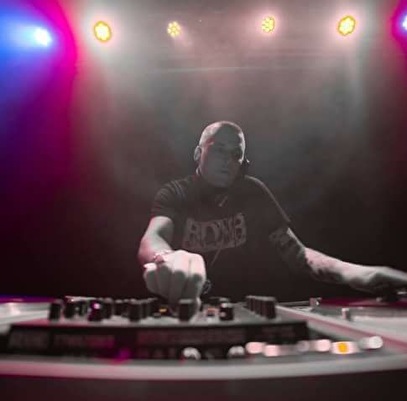 Having come from a family immersed in it, music came early to KillSound. His father had an extensive record collection of rare blues, funk and other goodies to start him up. At the age of 4, KillSound found that the huge wooden dust magnet in his grandparents living room was actually a Piano, which he started to play everyday after school until he was 13 years old. KillSound's Grandmother owned a local venue in Buffalo's South Side called, "Rose's Clinton Lounge", which he had the privilege of seeing live music acts up close at a very early age. After picking a guitar at age 8 followed by bass guitar at 10, KillSound knew music would be his calling.

Pimp Daddy T got his start in the Dj game back in 1995, while helping with shows for the Knowmatic Tribe Soundsystem @ Asbury Alley and other various "raves" in the city Of Buffalo. He quickly picked up djing from the likes of Dj Gringo Scar aka Marcos, and Matty Quinn. Long before the age of 21 he found himself spinning at events and club nights in Buffalo, Toronto, and other surrounding areas regularly. He went on to throw his first rave in 1996 in the basement of the Lafayette Hotel and also held down two residencies in New York City in 1997.

By the Year 2000, Pimp Daddy T had already built up a serious resume for himself. Having already opened up for names like, Freaky Flow, Capital J, Mickey Finn, Darren J, Kenny Kenn, Randall, Marcus, Lion, Reid Speed, Roc Raida, DJ SS, AK1200 (just to name a few) and holding down residencies 4 out of 7 days of the week, and traveling all over the eastern seaboard, he felt he was ready to expand.

After leaving Buffalo to explore new opportunities in Las Vegas, KillSound found himself embraced by the west coast where he spun for many companies including Awol, Flizom Flozom and Drai's Nightclub. Followed by The N20 Diss The Program Tour in 2003, and even had time to start his own night called 'Mash Up Mondays' after moving to Phoenix AZ.

In 2003 Pimp Daddy T had Reinvented himself in the producer form of Criminal Sound. Completely immersed in his production, Criminal Sound started writing song after song and putting them on the internet. The word spread quick about his talent. After climbing the charts with multiple songs on www.ragga-jungle.com 's top ten list, he followed up with a few releases on labels like, Celestial Conspiracy, Dub Chamber Records and Lion Heart Recordings.

In 2005 Criminal Sound returned to Buffalo, NY with a full box of dubplates at his disposal. Having made alliances with a number of quality producers in the scene, his selection was the only one of his kind in the area. Maintaining the dnb scene became his next duty. After Founding Konkrete Jungle Buffalo in 2007, he moved into His current company Buffalo Drum N Bass Which was and still is dedicated to throwing Quality Drum N Bass events in the queen city.

Currently Criminal Sound, who is now representing Legend Super MC TC Izlams Zulu Nation label 'Hipstep Worldwide', has been spinning and producing under the new name 'KillSound'. Be sure to stay tuned for new songs.