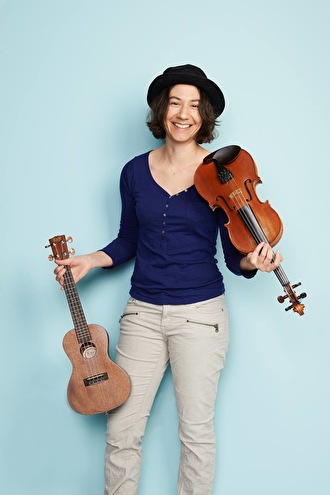 French artist Magali Michaut began her musical career as a conservatory student of violin, followed by placement in symphonic orchestras in Paris, Cambridge, Toronto and Amsterdam.

She's since expanded to piano, guitar and ukulele to present her own material, regularly playing out on the Dutch songwriter scene as well as abroad, including a recent featured artist set on the Copenhagen Songwriters Festival.