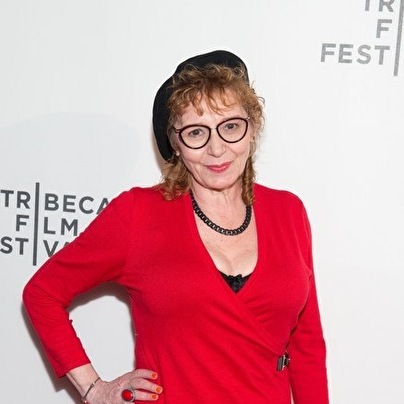 "No-One's More Punk than Vivien Goldman," pronounced Pitchfork Magazine. In that freewheeling spirit, the boundary-busting Vivien Goldman is a writer, educator, broadcaster -- and a musician, too. A Londoner, she has lived in Paris and now resides in New York. Her can-do attitude and outernational insights have been on display in journalism, books, radio, television, university teaching, multi-media lecturing, museums, the recording studio and the stage, ever since the punky reggae mid-1970s - and her beat goes on.

"Revenge of the She-Punks," Goldman's sixth book, is being published by the University of Texas Press in May 2019. That same spring, she will lecture on David Bowie at the Seattle MoPop Festival -- and perform her songs old and new at the Marfa Myths Festival. A long-time Adjunct Professor at NYU's Clive Davis Institute of Recording Music, Tisch, her lecturing life has taken her to London, New York, Los Angeles, Munich, Bilbao, Lagos and beyond. You can often catch her speaking in music documentaries that use the woman who one director jokingly call the bomb-dropper, for her ability to succinctly sum up complex scenarios.

And quietly but effectively, Goldman lends her vivid, poetic prose to marketing, too.

Goldman's archive is collected at the Fales Library, NYU as The Vivien Goldman Punk & Reggae Collection. Her vintage journalism can be found at rocksbackpages.com.