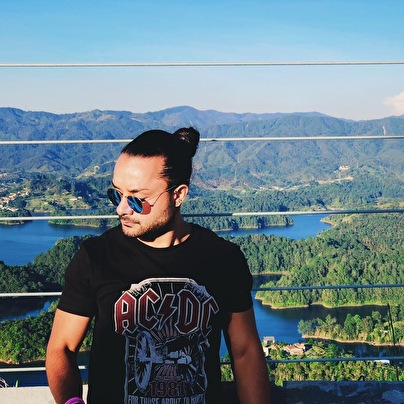 Chris Nooke (formerly known as Blink), real name Christian Xerri, was born on the small island of Malta on 15th February 1993. His interest in music started at a very young age; when he was just 7, he started his studies in music theory and trumpet playing. At the age of 10 he attended to professional trumpet and theory lessons. But that wasn't enough. At the age of 14, he got fascinated by electronic dance music and was inspired by some popular DJs.

Chris taught himself the art of DJing. He started from a bedroom DJ; improving his mixing skills, until he saved enough earnings and bought some proper DJ setup. Just a year after Chris also started music production, working on different sounds and improving his style; a blend of progressive-house, tech-house, electronica and even some orchestral productions. Within months he had already created some of his productions that are being kept in a safe place for the future!

Having successfully played in a number of both Malta and Gozo clubs, people say that Nooke has that ability to work a crowd. He is still experimenting his musical boundaries and it seems that he will never stop improving his mixing and producing.

Today, Chris Nooke wants to assure that no dream is too big. His passion for electronic music will only be fuelled by time.