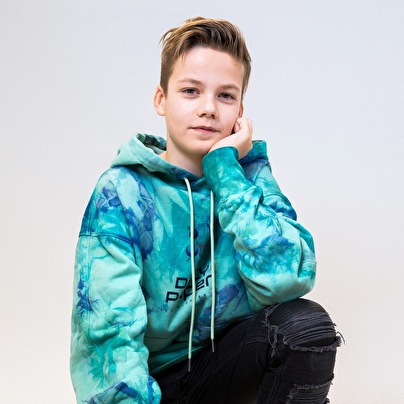 Bassa (Sebas Potters) was born in Amsterdam in 2006. His first encounter with jogwheels was at a New Years Eve Party 2014/2015 when he was just 8 years old. He so much enjoyed that people started dancing to the songs he played. For his 9th birthday he attended a DJ workshop at the DJ School Amsterdam and never stopped developing his skills ever since.

Lots of passion, practice and love for the art of mixing resulted in amazing performances on a variety of stages like AFAS Live, the Box, Escape Amsterdam, Melkweg, Patronaat Haarlem, P3 Purmerend, Podium Victorie Alkmaar, Beachclub Vroeger, Cabana Beach Curacao and many more.

He became resident DJ of the event Jonge Vogels and regurlary plays at FRIS events.

After trying out different styles of music, Bassa developed a true 'friendship' with Urban music. Old skool hiphop, RnB, Moombahton, Reggaeton and Afro house. It makes him happy and his continiously growing audience as well.

Besides entertaining on stage Bassa started producing music in 2016. He often incorporates own edits in his live sets.