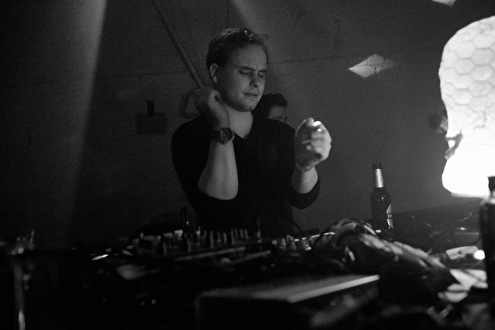 Gero Pförtner, alias Bongbeck started his producer career at the Berlin underground label "Keller" in 2013. Since then, he has continously released on well respected labels such as "Ostfunk" and "Stil vor Talent" whilst keeping a home is as a resident producer within the Tontöpferei crew, where he put out various critically acclaimed EP's and remixes. His innovative sound, somewhere between techno, lofi-techhouse and garage, is distinguished by an inventive workflow and attention to the minutest of details. However, he is not just a studio guy, as a live-act he is frequently booked amongst some of Berlins most renowned clubs as well as international festivals.