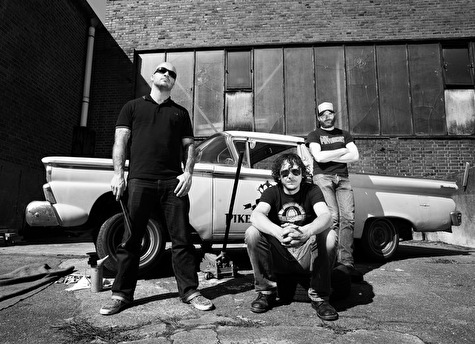 Peter Pan Speedrock (PPS or PPSR in short) is a Dutch band from Eindhoven. It was founded in 1995 by guitarist Peter van Elderen. He was joined by drummer Bart Nederhand and bass player Bob Muileboom in making their first self titled album. After this album Muileboom was replaced by Bart Geevers, who would stay to be a permanent member. The trio is known for their honest, no-nonsense rock n' roll songs and has a good reputation when it comes to live shows. They are often joined by guest singer and stage clown 'Dikke Dennis' (Fat Dennis). Peter Pan Speedrock has grown out to be an established name in the Dutch rock n' roll scene.