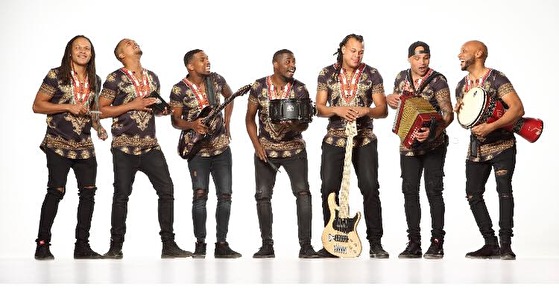 Tabanka is a young Cape Verdean group from Rotterdam, whose music has been inspired by that of Cape Verdean artists from an older generation, such as Code di Dona, Bulimundo, Américo Brito and of course Bitori.

The group has a fresh and contemporary take on funaná: the upbeat, energetic and festive music and dance style, once forbidden by the Portuguese colonial rulers, which became part of post-independence Cape Verdean identity in the eighties. Funaná was derived from the music from the descendants of slaves, mixed with contemporary pop and jazz. The base of the funaná are the diatonic accordion (gaita) and the rasping sound of the ferrinho, a notched metal bar played as a Caribbean guiro.

Tabanka knows how to put on an exuberant live show in which it is impossible to stand still.